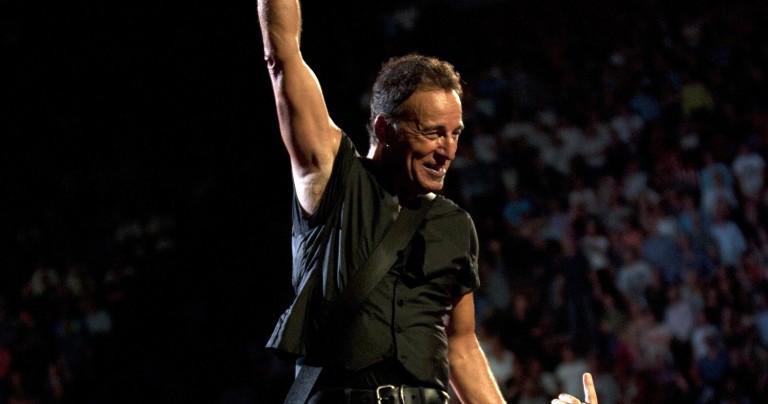 Bruce Springsteen made a surprise appearance at a benefit concert for the Kristen Ann Carr Fund. Springsteen’s first performance of 2019 came during a sit-in with Danny Clinch and the Tangiers Blues Band on Saturday night at Tribeca Grill in New York City.

Billed as “A Night To Remember,” Clinch was honored by the Kristen Ann Carr Fund, which was founded by rock critic and radio host Dave Marsh and his wife, Springsteen’s co-manager Barbara Carr, following the death from sarcoma cancer of their daughter Kristen Ann Carr in 1993 at the age of 21. Springsteen emerged to accompany Clinch and the Tangiers Blues Band on “Rockin’ Pneumonia and Boogie Woogie Flu” and “Down The Road Apiece,” both of which were part of a similar collaboration last June. Saturday’s collaboration also featured Preservation Hall Jazz Band‘s Ben Jaffe and others.

Springsteen staged the final performance of Springsteen On Broadway in December 2018. The Boss confirmed he will not tour with the E Street Band this year. Watch Springsteen join Danny Clinch and the Tangiers Blues Band for “Down The Road Apiece” on Saturday night in NYC captured by Mitch Slater: