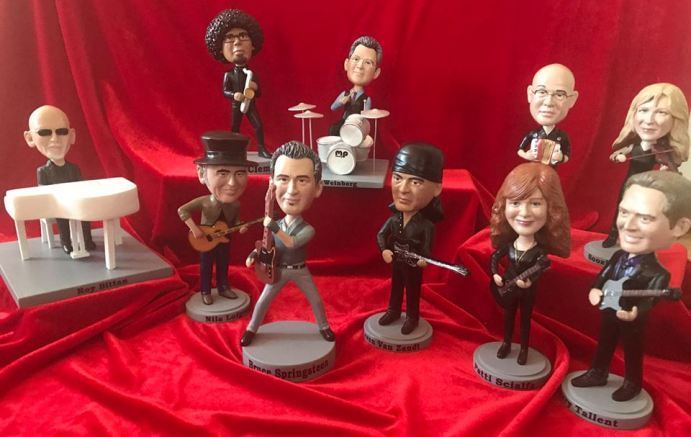 A one-of-a-kind Bruce Springsteen & the E Street Band bobblehead set will be auctioned off in April, to benefit the Kristen Ann Carr Fund.

According to a post on the Kristen Ann Carr Fund’s Facebook page (that also included the photo above), the 10-piece set “was custom made and gifted to The Kristen Ann Carr Fund by our dear friends at Larry Magid Entertainment. Keep checking back to see how you can bid to win this rocking set of music memorabilia when it goes up for auction next month on April 5th at KACFauction.com to benefit @KACFund.”

The Kristen Ann Carr Fund honors the Springsteen’s co-manager Barbara Carr’s late daughter (who died of sarcoma in 1993) by raising money for sarcoma research and the support of families whose lives have been affected by the disease.

The 2019 edition of its annual fundraiser, titled “A Night to Remember,” takes place at the Tribeca Grill in Manhattan, April 13, and will honor photographer, musician and entrepreneur Danny Clinch. For information, visit sarcoma.com.