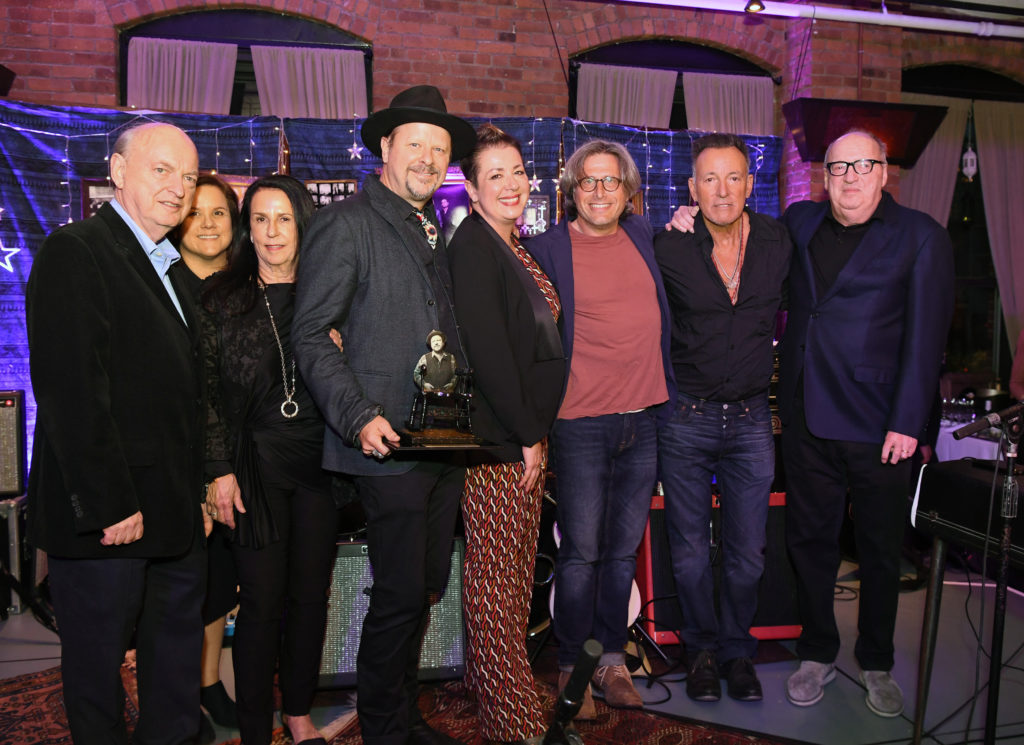 The KACF continues to raise funds with online auctions at Charitybuzz.com/KACF. The current auctions end Wednesday and include meet and greets with Billy Joel, Jackson Browne, Sheryl Crow, Steven Van Zandt, Lukas Nelson, and others. Additional items – including a Springsteen autographed guitar, a B.B. King autographed guitar, tickets to SNL, and a Preservation weekend experience — will be auctioned through the site in May.

The Fund honors the life of Kristen Ann Carr, who died of sarcoma in January 1993 at age 21. She was the daughter of Jon Landau Management Partner Barbara Carr and journalist Dave Marsh. In June 1993, Bruce Springsteen performed a landmark benefit concert at Madison Square Garden, raising $1.5 million which helped fund the endowment for an annual sarcoma fellowship at Memorial Sloan Kettering Cancer Center (MSKCC). A Night to Remember has continued annually as a benefit party with amazing food, entertainment, and friendship as longtime friends and new ones join us in the fight against sarcoma.

The KACF was the first foundation formed to exclusively address, gain understanding and provide treatment of sarcoma. It is now recognized that, despite their rarity, sarcomas are among the keystones for finding solutions in many areas of cancer. Since its inception, The KACF has funded over 30 doctors to study sarcoma cancers at MSKCC, built a dedicated sarcoma laboratory, underwritten several grants for former KACF Fellows, hosted holiday parties for the MSKCC pediatric department, and so much more.

“We are currently at the halfway mark of a $10 million dollar capital campaign for The Kristen Ann Carr Fund Center for Sarcoma Treatment and Research, a project designed to significantly expand the ability of doctors to make progress in both the lab and in patient care,” said Dave Marsh. “In fact,” he continued, “all MSKCC sarcoma patients are now treated through The Kristen Ann Carr Fund Sarcoma Center, something for which Kristen would be immensely proud.”

Learn more about The KACF at KristenAnnCarrFund.org